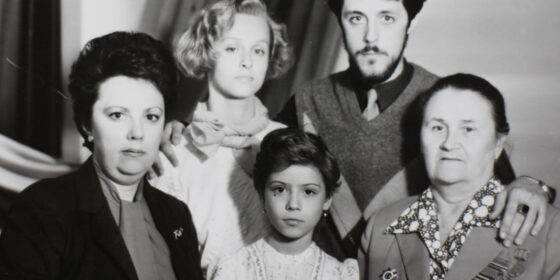 Adding to the robust shelf of documentaries that have scavenged Ukrainian soil in the wake of the Euro-Maidan Revolution, Vitaly Mansky’s Close Relations takes a sharp turn away from a propagandist approach and steers into the up-close-and-personal framework of a home movie. Its intimate and conversational nature, along with Mansky’s bold decision to speak with family members on opposite sides of the messy barricade, offer a welcome ambiguity on the subject at the expense of cementing any informative context. But despite overestimating our familiarity with Eastern European politics, the film’s personal lens pinpoints universal truths about what happens when we accept government policies at face value, and how far patriotism will take those with a war on their hands. Despite the family’s difference of opinion when it comes to the fate of Ukraine, both the fear of being drafted and the yearning for something better at the turn of the New Year are shared across the board. The film’s arresting camerawork—wide vistas, elegant compositions, and impending fringes—plunges us into real spaces confined by a collective shortsightedness and saturated with information blasting from the nearest television perpetually tuned to the latest news. Perhaps Mansky’s aunt Natasha says it best after quarrelling with her cousin via Skype—in one of the film’s prime examples of how the conflict between nations simmers beneath familial ties and interweaves them with political grudges—“the worse it gets the more people rally in grief, grit their teeth, and put up with it.”