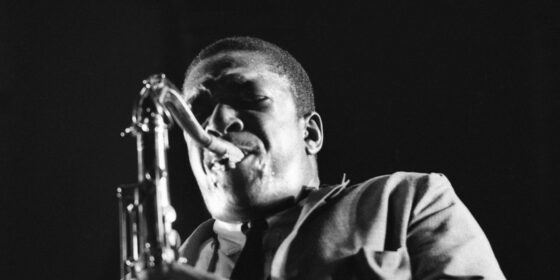 If you own one jazz record, it’s probably Kind of Blue; if you own two, the other one’s probably A Love Supreme. John Coltrane plays on the former and is composer and bandleader on the latter, and it is not unremarkable that the legacy of this once popular musical form is now encapsulated in a figure so closely associated with the avant-garde and squawking.

At once workmanlike and self-consciously jazzy (there are timelines in the shape of glowing musical charts), the film tracks Coltrane’s North Carolina roots and accounts for the influence of religion, drugs and racism in his aesthetics, themes and politics. Scheinfeld is good with the musical traditions that made impressions on the young Coltrane and gathers up an impressive glut of current musicians—from Kamasi Washington to Common—to speak to Coltrane’s influence on the music of the present. Where Scheinfeld notably stumbles is in his failure to acknowledge the importance of many musicians—Ornette Coleman, Eric Dolphy, Albert Ayler, et al—who forged the foundations of the radically hybridized “free” innovations of the 1960s right alongside Coltrane. The guy is an indisputable giant and needn’t be falsely placed in a vacuum. But hey, at least Scheinfeld’s sense of jazz history is more modern than Ken Burns’.