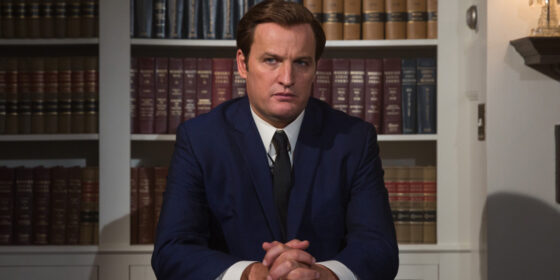 It seems that the movies will never stop portraying the tormented lives of the Kennedys. After last year’s divisive Jackie, which focused (oh so tortuously and in slow-motion) on the First Lady’s immediate reaction to JFK’s assassination, the cameras have now turned for the first time (at least in a high-profile studio biopic) to Teddy, whose presidential ambitions were derailed when he killed young campaign worker Mary Jo Kopechne in a car accident in Massachusetts in 1969. To say that Kennedy and his staff dealt with the situation rather badly is an understatement: “Chappaquiddick” has become as synonymous with American political scandal as “Watergate.”

By far the least dramatically compelling of the family’s many tragedies (although it was referenced by Brian De Palma in Blow Out), the Chappaquiddick incident nonetheless touches upon powerful issues of political integrity, and Jason Clarke nicely captures Kennedy’s confusion as his desire to do the right thing collides with the pressures placed on him by the media and his family. The one other impressive turn in this otherwise slick and superfluous movie comes from Ed Helms as Teddy’s adoptive brother Joe Gargan, who interrupts the hue and cry of Kennedy’s other advisers to remind them that, far worse than a senator’s (and would-be Commander-in-Chief’s) damaged reputation, is the fact that an innocent person has died needlessly. One wishes that Chappaquiddick displayed such emotional awareness across the board.