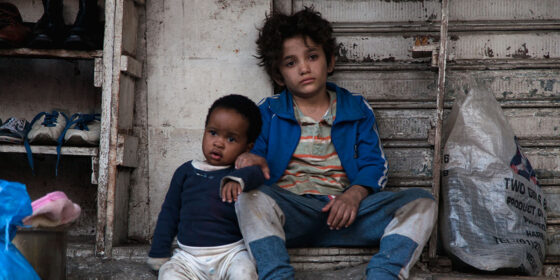 Instead, Labaki structures her film around courtroom scenes in which her pint-sized hero, 12-year-old Zain, emerges from his prison cell (he’s serving the beginning of a six-year sentence for assault) to sue his parents for the thoughtless gesture of having giving birth to him. The parents in question are grossly negligent, as well as atrocious role models: involved in a scheme to smuggle opiates into prison clandestinely through tainted garments, they also have no qualms about enabling a relationship between Zain’s sister and their lascivious landlord. Capernaum plunges into truly treacly terrain when Zain encounters an undocumented Egyptian cleaning lady and her scene-stealing baby in an amusement park. The rest of the film segues between an encounter with a wacky gentleman who dresses up as a derivative of Spider-Man and a failed attempt to inject some grittiness into a tale that coats unbearable hardships with a saccharine veneer. Such escapades will eventually fill undiscerning art-house patrons with a warm glow and leave them none the wiser concerning Beirut’s mean streets.