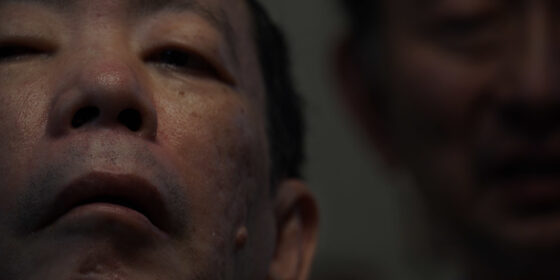 On paper, what could be more sordid than an interview-portrait with Issei Sagawa, the infamous cannibal who became a tabloid sensation in the early ’80s after he murdered and ate part of a Dutch woman in Paris? Caniba, the new film by Véréna Paravel and Lucien Castaing-Taylor, doesn’t exactly skimp on the details of Sagawa’s crime nor the rather incredible life he has led since returning to Japan (including turns as a graphic novelist and an extreme-porn actor), but Tabloid this is not.

Largely by way of a filmed conversation between Sagawa and his brother Jun (who at first seems like a requisite straight man, only for his own aberrant proclivities to be revealed in due time), Castaing-Taylor and Paravel train their focus on the visage of the apparent madman, searching for the right way to look at a face whose unnervingly opaque surface masks an ocean of unfathomable desires. And so they search, their handheld camera straining to read whatever dark truths might be inscribed therein. It gradually becomes clear that what they’re looking for isn’t simply the method to Sagawa’s madness—he’s more than happy to tell anyone who might be curious all about how and why he did it—but rather what it feels like to be in Sagawa’s presence, most memorably conveyed by the unbearably nauseous-making sound of him chowing down on a pain au chocolat, his mouth framed in a gruesomely tight close-up.