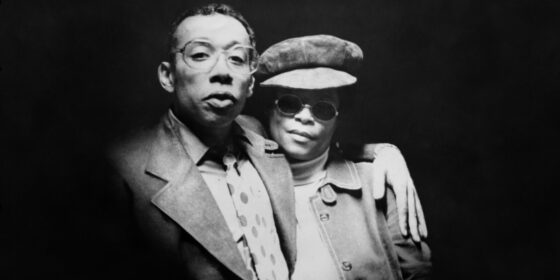 Trumpeter Lee Morgan belonged to that wave of early-’60s Blue Note recording artists that included Sonny Clark and Ike Quebec, guys who did not embrace the radically dilating apertures of free jazz but, rather, confined their explorations to the vernacular of bebop. Over time, these musicians have understandably become overshadowed by the likes of John Coltrane or Ornette Coleman, but they were merely innovators of a subtler sort. In the end, the most jazz-traditional thing they could be accused of is dying far too young: Clark overdosed on heroin at 31, Quebec expired from lung cancer at 44, while Morgan—perhaps most tragically—overcame years of addiction only to get murdered one night between sets at Slug’s Saloon by his common-law wife Helen More. He was 33.

As with his superb debut My Name is Albert Ayler (2006), in I Called Him Morgan Swedish documentarian Kasper Collin resurrects a lesser-known, melancholy narrative from the annals of jazz and structures it around an obscure audio recording. After doing time, finding God and staying mum about her sensationalistic past, More gave a revealing interview one month before her death in 1996. She speaks frankly of her own curious roots, of her long-term relationship with Morgan—she was not only his lover, but also his manager for a time—and of the events that led to the murder. Her account is calm, detailed and compelling, even if it ultimately leaves certain aspects of this crime of passion enigmatic. Collin wisely uses the interview judiciously, alternating between excellent archival stills and performance footage, some very good new interviews with Morgan’s contemporaries (including Wayne Shorter!), and well-chosen stock materials to evoke mood and weather. I Called Morgan is a dexterous work of fusion: it’s jazz history meets true crime. And it’s fascinating.