Call Me By Your Name (Luca Guadagnino, Italy/France) — Special Presentations 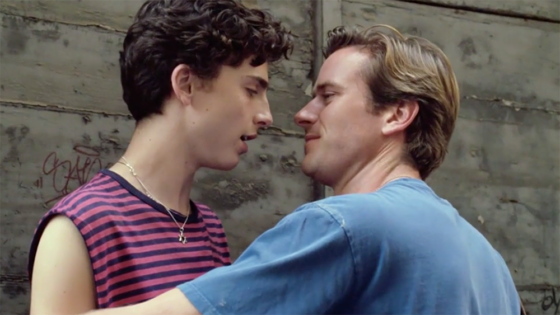 From the moment the opening credits offer a screen-filling shout-out to the musical score by Sufjan Stevens and the handwritten titles by Chen Li, Call Me By Your Name announces itself as a Luca Guadagnino film: a love letter from one aesthete to countless others. That opening salvo might inspire a bit of apprehension about whether, as in I Am Love, this will be another exercise in auteurism as design fetishism. But the film turns out to be Guadagnino’s most mature, affecting, and intellectually rigorous work to date, a smart adaptation of André Aciman’s melancholy novel care of screenwriter James Ivory, who knows a thing or two about melancholic adaptations.

Taking inspiration from any number of works about beautiful European youths with good style and hearts full of longing—most explicitly Proust, as well as Maurice Pialat’s À nos amours— Guadagnino’s film drops us “somewhere in Northern Italy” in 1983, where 17-year-old Elio (Timothée Chalamet) is lounging at his parents’ villa just as a summer apprenticeship reels in the improbably handsome American grad student Oliver (Armie Hammer) to study with Elio’ss father (Michael Stuhlbarg). Brash in his villa small talk and quintessentially American in his big, sloppy appetite, Oliver turns out to be more circumspect when it comes to what he wants from Elio, with whom he forms a teasing fraternal friendship that deepens into something more substantial and dangerous.

Chalamet acquits himself nicely as a worldlier doppelgänger for Gilmore Girls’ sulking paperback reader Jess, but it’s Hammer and Stuhlbarg who bring both the élan and the gravitas that make the film linger long after its lovely coda. Hammer’s alternately graceful and lumbering form hasn’t been this well-used for comic effect since The Social Network, and there’s real depth to the way he shrinks into himself, despite his height, whenever his desires have to be laid out on the table. For his part, Stuhlbarg delivers a last-act monologue that has the rare privilege of being both Oscar-ready and authentically devastating, the kind of moment that has you scrambling to re-examine what you thought you noticed about a secondary character.

An annoyingly dogged lover of fine things, Guadagnino can’t help but overindulge himself at times, positioning his camera to take in as many brand names as possible from scene to scene, whether it’s Fiat or Nutella. But it hardly matters when he’s working with this strong a text, which gracefully weaves an examination of internalized homophobia and anti-Semitism, among other things, into its slow-burn romance.