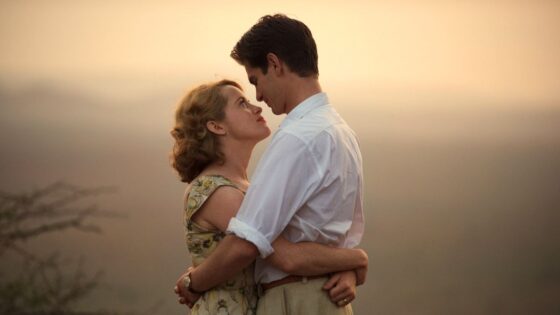 Andy Serkis takes a left turn from performance-capture guru to prestige-pic helmer with this ingratiating and anonymously directed biopic that leaves no cliché about love and illness untapped. If there’s anything curious about Breathe, it’s the behind-the-scenes business machinations that saw Serkis taking on as his directorial debut a story that turns out to hinge on a celebration of his business partner and the film’s producer Jonathan Cavendish, real-life son of the film’s protagonist Robin Cavendish, who is imbued with just about the right proportion of rakishness to pathos by Andrew Garfield. That tidbit aside, this is as generic as historical biographical melodramas get, following the elder Cavendish from his whirlwind courtship of wife Diana (Claire Foy) in the early 1950s to his polio diagnosis and his rebirth as a well-heeled activist, pushing to get polio patients like himself out of the hospitals and into the streets.

Though this might have provided interesting fodder for either a history of polio as a disease whose patients were long filed away in institutions, or a cultural survey of the wheelchair as a mobility device invented out of necessity, Serkis settles on the more banal trajectory charted by recent Oscar winners like The Danish Girl and The Theory of Everything: he boils his hero’s importance down to his relationship with his wife and son, the latter of whom is framed as his main reason for living despite illness and disability—a sentiment that might have been sweet if it wasn’t so transparently flattering to a member of the production team. (A credits postscript about how Diana never remarried after Robin’s death has to be one of the strangest parental thank-you notes in some time.)

Serkis decently apes Anthony Minghella’s historical-romance aesthetic in the film’s early stretches, but can’t find a unique angle on this well-trod material, distinguishing himself mostly with questionable stylistic quirks (like a manifestly CG-augmented baby) and a pointless decision to cast Tom Hollander as Diana’s doddering twin brothers. While he deserves a bit of credit for treating Cavendish’s wheelchair—outfitted with an early breathing apparatus that keeps him alive—as a technological innovation rather than a symbolic death sentence, that’s also as far as he gets in terms of saying anything of value with respect to either Cavendish’s disability or his activism. The result is a listless profile that never justifies its subject’s historical significance except as an impetus for some movie-star disability drag.