There’s a certain poetic justice to the unxpected trajectory—provided by the 14th Buenos Aires Festival of Independent Cinema—of America’s preeminent film critic, who, having been recently laid off from his long-standing post (34 years!) at The Village Voice, now materialized at a festival symposium half a world away to discuss his labour of love. J. Hoberman was busy for a couple of days as a guest of honour for the BAFICI publication of a Spanish-language anthology of his work, as well as presenter of the festival screening of Jack Smith’s Flaming Creatures (1963), but one can only hope that the man was able to take an actual day off, ambling Buenos Aires’s parilla and petrol-fumed avenidas at will. At the critical symposium, a forum which is usually about as illuminating as director Q&As, Hoberman nevertheless struck a couple of salient points that I took as a cue to reading the festival, and by extension the state of cinema, at large. One, the possibility that the imminent degeneration of film (call it the Death of Cinema) may paradoxically preserve it as a “destination” art akin to opera; and two, the notion that film and its attendant criticism might be compelling not by being genius, but by being awesome.

Preeminence indeed: BAFICI has secured its reputation as the cinephile’s destination in South America for its curatorial prowess, its breadth of vision, its cultivation of native talent, and its sociability. Its sustainability is in some sense contingent upon its ambition: are there enough decent independent films a year to fill out the fest’s rigorous roster? Can the archives be perpetually mined but not stripped of valuables, so that the Focos section remains a rich sidebar for discovery or nostalgia? (Cue Ruth Beckerman’s formidable filmography, culminating with American Passages; Narcisa Hirsch’s unclassifiable experimental excursions; Gerard Courant’s serial portraiture of Le cinematon, Brazilian pornochanchado salvaged, like a Vik Muniz sculpture, in the Boca do Lixo homage, to name but a few of this year’s highlights.)

The question begs an equivocal response, but nevertheless it would be difficult to countenance the glib characterization of BAFICI as gordo. Excess has proven a virtue at BAFICI, but its condition relies so much on the quality of the new Argentine films showcased in competition—or out, as the case might be, as the official selection is often the subject of much haranguing, particularly among those excluded, and for good cause. So this year there was an abundance of homegrown films (in excess of 30), but the consensual hope was that both genius and awesome would be uncovered over in the competitive Cinema of the Future or International Competitions.

The two hyped Argentine films (both bearing the imprimatur of IFFR/Hubert Bals) were easily well-received by the home audience, with technical standards notched high but both failing at their own game. Los salvajes (Alejandro Fadel) got the call up to International Competition and showed signs of a Hollywood director in the making, or at least a fan of Carlos Reygadas; a moody glue-huffing “western” among delinquents post jail break (er, detention centre), on the run, loosed into the wild. In the Argentine Competition, Gonzalo Tobal’s debut Villegas, so named for the rural milieu where two not-so compatible cousins road trip for a family funeral (as opposed to its producer, filmmaker Juan Villegas), puts its two emerging leads—Estebans Lamothe (The Student, 2011) and Bigliardi (Un mundo misterioso, 2011)—to good use in the quietly seething exchange of their tangled but disparate destinies on the occasion of homecoming, but is finally of no appreciable consequence. (Both films are bound for Cannes, the former to Critics’ Week, the latter to a Special Screening, a result of Tobal’s previous Cannes Cinefondation prize.) 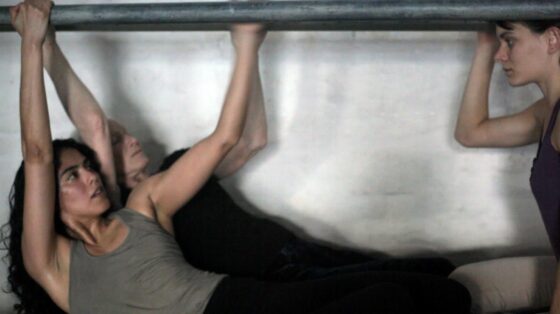 In the absence of a standout—beyond the eventual and deserved winner for Argentine Competition, Papirosen (see Cinema Scope 49)—the onus fell to films in a more minor key to redress the deficit. Jonathan Perel’s 17 monumentos takes a structuralist approach to Argentine history in a post-dictatorship landscape, fixing upon concrete monuments erected in commemoration of former torture and detention centres. The approach invokes Gianvito and Benning, albeit less earned, with the proximity to Benning’s small roads in the program surely diminishing Perel’s noble endeavour. Dioramas from Gonzalo Castro chronicles the rehearsals of a small contemporary dance company (charged by choreographer Mario Pattin) in a vérité manner, viscerally captured as in Wiseman’s portrait of the Paris Opera Ballet (La danse, 2009) yet devoid of any overarching thematic agenda. Rather Diaromas shades into something far less representational; the dance sequences unfold in their own time, paralleled by the fervid and physical domestic partnership shared by two of the female dancers. The final frame lends lyricism to the deceptively temperate exposition—Castro handles most every aspect of the filming—and it’s a pity that this director’s work gets relegated to niche status. 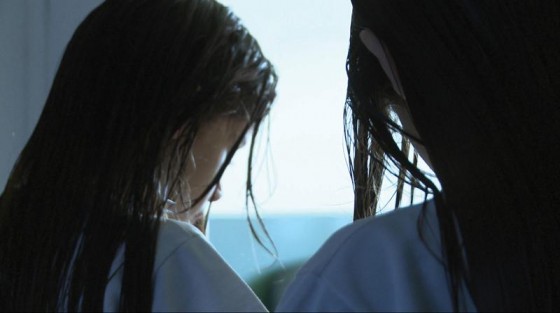 Likewise, Los dias (Ezequiel Yanco), hidden in the Panorama section, is a confidently somber and unsentimental look at the daily life of two nine year-old twins growing up, between school, church, and literally pulling each other’s hair out, alternately with and without their mother’s supervision. Her job with a taxi company increasingly leaves the girls to fend for themselves, thus making the film a suitable double-bill with Valerie Massadian’s already mythic Nana. Back in the International Competition, Jury Prize-winner Germania (Maximiliano Schonfeld), an amber-lit pastoral film of a German family in the provinces selling off their farm, evokes some of the insular beauty of Reygadas’ Mennonite peregrinations, though the habitual life on display is decidedly more earthy (i.e., less metaphysical) in its depiction.

For levity’s sake (in the melancholic vein), one could tap North American Zach Weintraub’s cheekily titled The International Sign for Choking, which faithfully conjures the director’s demographic of expatriated youth with a rather sincere sense of irony, with its backdrop of pastel wallpaper providing the canvas to frame alienated and lovelorn roommates adrift in Buenos Aires (mercifully, no tango shows or Caminito). It’s a Rohmeresque film for a generation inclined to argue about the distinguishing suffix, in which the actor-director displays a lightness of touch before as well as behind the camera (his mid-career looks promising if gravity sets in). Also with a playful sense, befitting its subject, Oskar Alegria’s unclassifiable Basque doc La casa Emak Bakia goes in search of a house near Biarritz where Man Ray allegedly shot his eponymous film in 1926. With ludic reflexivity, the film is propelled by the unseen hand of chance (or, as the case may be, a paper glove floating in the breeze): alighting on architecture, a retired Fellini clown, dreaming pigs, a Romanian princess, and an intrinsically generated soundtrack. As with many Basque artifacts, it proves to be both esoteric and crowd-pleasing. 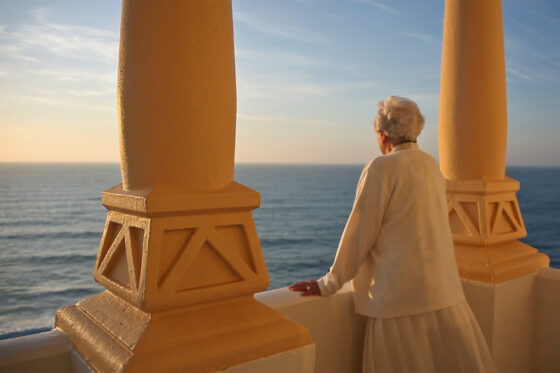 Slashing through thickets of cane—the explicit subject of Felipe Guererro’s ode to labour, passing time, a machete’s edge and a transistor radio in Corta—became the abiding metaphor of cutting the BAFICI program down to manageable size. This gem from Colombia offered maximal minimalist pleasure, along with Denis Côté’s tender Bestiaire and James Benning’s Zen paean to the road(s) less travelled (47 to be exact), told in two-something minute takes and amounting to a very static but spiritual inventory of simply being alive and breathing in the United States in the 21st century. Lakes and skies and trains all observed from a certain perspective offer a contemplative platform for acts of looking (as well as its refusal); with small roads, however, Benning has uncovered spaces which hold specific (emotional) climates, dependant upon one’s subjective affinity for inhabiting the disclosed/exposed space and the desire to traverse it. Some roads embraced me, others made me want to pass through quickly, others still made me want to turn back. In this sense I found small roads to be a possible film (call it a projection) about one’s own personal history, about memory. Radically becalmed.

At about the midway point of Gonçalo Tocha’s epic taxonomy of Corvo, It’s the Earth Not the Moon, a Cinema of the Future juror slipped passed me on the way to the exit; a departure owing not to listlessness, but rather for a mid-film repast, as this was his third viewing of the film. (It won the prize.) Yes, It’s the Earth Not the Moon is that kind of movie, utterly ordinary and otherworldly, tedious and enchanting, a movie about the past but laying a foundation for future filmmaking. It’s also a product of the “Locarno factor,” in which seemingly low-profile films presciently handpicked for the Swiss fest expand profoundly from their debuts. (See also Papirosen, Nana, and the winner of Best Film and Best Director in the International Competition, Nadav Lapid’s enigmatic Policeman.) 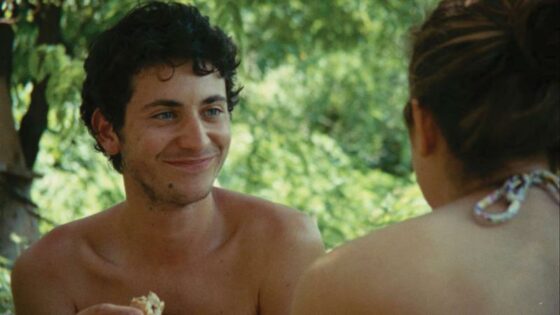 Summer of Giacomo, from another Locarno alum, Alessandro Commodin, was a discovery for me; the film’s eponymous, hearing-impaired teen spends a summer day with a close girl friend, wandering the woods, mud and thorns underfoot, in search of an Edenic watering hole where they will while away the torpid afternoon. The vibe is something akin to Blissfully Yours (2002) imagined by Nicolás Pereda (my apologies), punctuated by a mid-film sequence that takes Jonathan Richman’s “Egyptian Reggae” to a higher plane. What seemed a misstep in the final act, involving a pop song frosting an otherwise austere film, took on a different context seen in light of the amicably oddball Giacomo’s imminent loss of hearing, while the voiceover narration refracts all that has come before. 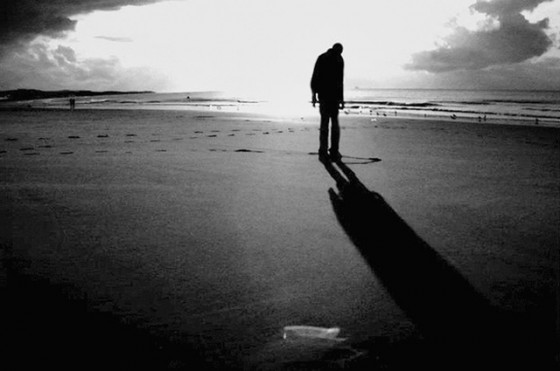 Sylvain George, a revelation of last year’s edition, continued his search for a cinematic grammar of the dispossessed in Les éclats (Ma guele, ma révolte, mon nom), a film built from footage taken over the four years spent in Calais documenting refugees. Les éclats’ formal continuation of this thematic pursuit—a poetic and scorching chronicle of exodus and survival among mostly Middle Eastern and African men—suggests an unending narrative to which George has conscionably committed himself, collecting spoken testimonials and fragments of lives to reflect the emancipatory politics of Rancière and the poetics of Césaire (“because life is not a spectacle, because a sea of sorrows is not a proscenium, because a man who cries out is not a dancing bear,” from Cahiers d’un retour au pays natal). George is singularly cultivating a genre of his own.

And the figurative head-scratcher from Miguel Gomes, Tabu, was cause célèbre (incredulously, even with a sold-out press screening), film maudit, and future classic all at once. BAFICI, which retrospected Gomes in 2009, seemed to belong to the Portuguese director and International Competition juror this year, as Tabu embodied, consolidated even, many of the festival’s artistic concerns, of conjoining, in the opening address of departing artistic director Sergio Wolf, “the polemicist and the entertaining clown, the provocative preacher and the playful kid, the inquiring psychologist, and the narrating writer.” Who fits this bill better than Gomes? The narrating writer is no less than the director himself, embedded into his narrative as the lyrically inclined commentator (literally, in the prologue) of an absurdly romantic post-colonial silent love story with a reptilian witness and a cover band playing a Portuguese version of “Be My Baby” (recorded by Les Surfs). Les Surfs also performed the song in French, retitling it Reviens vite et oublie. Come back soon and forget. It’s a cryptic key to watching the world of Gomes’ oeuvre and Tabu especially, in which “the space of the spectator is very important.” Leave it to an awesome genius to give back some of that space, even if all the head scratching is obstructing the view. 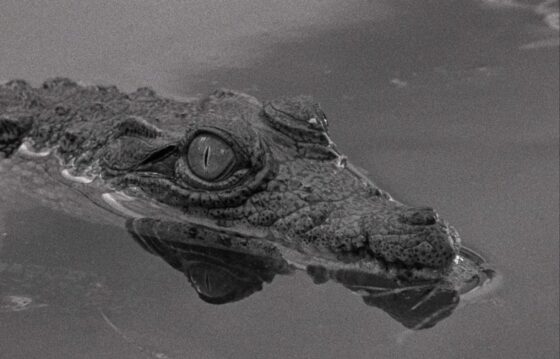