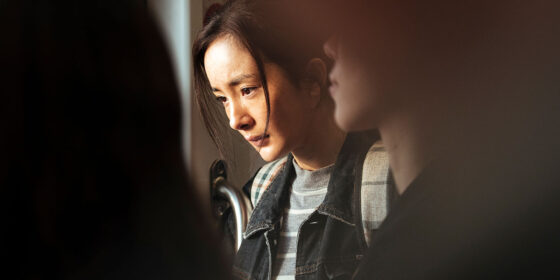 Social melodramas are a mainstream genre in Chinese cinema, in both state-approved and indie flavours, but they are not usually realized as adeptly and creatively as Liu Jie manages with his seventh feature Baby. Liu is no stranger to this kind of socially aware, ethically engaged filmmaking that follows in the tradition of the 19th-century social realist novels of Balzac and Zola: his debut Courthouse on Horseback (2006), about an official who dispenses rural justice, premiered at Venice; Judge (2008), a dark moral fable on capital punishment and organ transplant, was also a festival favourite.

Baby revolves around a young disabled woman, Jiang Meng (Yang Mi), who was born with multiple birth defects and abandoned as an infant. She’s largely recovered, and as a young woman working in a hospital discovers a baby with similar grave disabilities that is about to be abandoned by its parents. Jiang instantly develops an absolute moral imperative: to save the baby. The film follows Jiang’s bull-headed trajectory as she faces down doctors, policemen, social workers, and anyone who stands between her and the baby’s rescue.

Liu’s film doesn’t waste a second. Its brisk efficiency keeps things moving relentlessly forward, even as overly emotive confrontations are kept to a relative minimum. What might have been a weepy melo of social responsibility—or, alternately, in almost any other Chinese director’s hands, a propaganda-ready exercise in state paternalism and unctuous good-mindedness—is transformed by Yang Mi’s terrific performance. Up until now, Yang has been one of the most popular and glamorous screen idols for young female fans, who slavishly follow her through the tacky, paper-thin, high-concept consumption-comedies that keep the Chinese box office afloat. It will be interesting to see if Yang’s fans accept her tough, honest, relentless, self-sacrificing performance here, one that announces the appearance of a gifted actress.