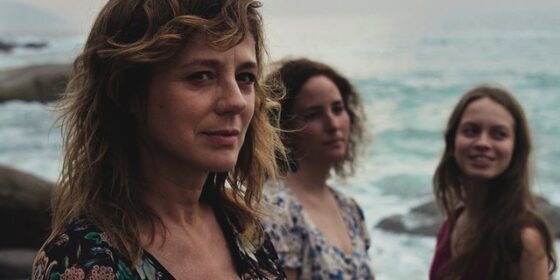 As long as Michel Franco keeps winning major festival awards, like this year’s Cannes Un Certain Regard jury prize for his atrocious April’s Daughter, it appears that he’ll be able to keep making movies. That, and getting help from the likes of Tim Roth, who has for some reason decided to become his number-one patron. There are many Francos on the art-cinema and festival scenes, hacks and pseudo-artists with a terrible sense of cinema and a crafty knack for making the right connections (only two, however, are named Franco).

It’s typical of this Franco’s new movie that not even the title is correct. April, played with a strange disembodiment by Almodóvar favourite Emma Suárez, actually has two daughters: homebody Clara and her pregnant younger sibling Valeria. Valeria, still basically a kid herself, is nobody’s idea of a mother, and Franco’s insane story kicks in when April manages to get custody over the baby and raise it as her own. And that’s not all: April actually seduces Valeria’s boyfriend—the baby daddy, who blithely goes along with this nonsense—into shacking up with her in a swanky apartment, all the while cutting off all communication with both daughters. Valeria’s ensuing outrage is the movie’s only honest emotion, but by then, Franco’s aloof filmmaking betrays a discombobulated mentality that has gotten worse with each of his successive movies. Somebody, please make this all stop.