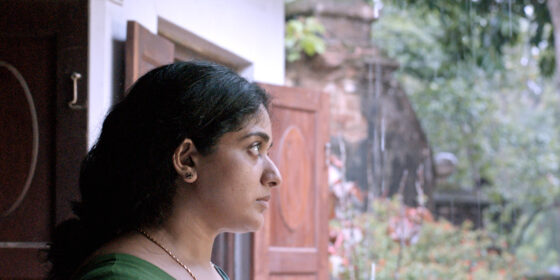 I have to hand it to TIFF. It’s one of the few film festivals in the West that still pays substantial attention to the “parallel cinemas” of India, even though the very idea of independent art film on the subcontinent has gone very much out of style. Back in the ’70s and ’80s, new films by Shayam Benegal and Mrinal Sen world premiered at Cannes in competition. But Benegal and Mani Rathnam now work inside the industry, Mani Kaul and Rituparno Ghosh are no longer living, and the major festivals are much more interested in Bollywood bad boys like Anurag Kashyap. Nothing against Anurag, mind you—he’s a major talent—but he’s clearly more indebted to Scorsese and Tarantino than Ritwik or Ray.

In addition to screening the latest from Bengali auteur Buddhadeb Dasgupta, the Masters section features Once Again (Pinneyum), the first new film in eight years from Kerala-based director Adoor Gopalakrishnan. In English-speaking circles Adoor is probably best known for 2002’s Shadow Kill, one of his only films to receive proper commercial distribution. Once Again is unlikely to change those fortunes. It is a flawed film, depending on one’s angle of approach. Adoor is certainly not interested in linear storytelling, nor is Once Again a film whose characters are meant to convince us of their deep inner lives. It operates more along the lines of a parable of the dangers of greed, but this kernel of folk wisdom is hemmed in by numerous other kinds of cinematic information.

In other words, tonal inconsistency is the order of the day. The start of the film focuses on the hapless Purush Nair (Dileep), a man who has been out of university for eight years and cannot find employment. His wife Devi (Kavya Madhavan) supports the family, along with her father and uncle. As per custom, Purush is reminded that he should never have married Devi until he was able to provide. Once Again depicts him as a beaten man, and at first the film looks like it could be a study of depressive masculinity within a tradition-bound culture. But then, Purush finds work in Dubai, multiple relatives and charities come calling for a piece of his new-found solvency, and suddenly he concocts a harebrained scheme to fake his own death, Double Indemnity-style, to collect a large insurance payout.

From this point Adoor tilts back and forth between crime procedural and the collapse of the family under the weight of its own guilt. Devi, in particular, becomes the focal point of the second half. How will she live without her husband? Did she ever really know him? Etc. These are moments when Once Again would benefit from a modicum of psychology that it never really demands of itself. It’s a film that prefers to move its characters through allocated social and cultural positions, and it’s this, along with Adoor’s sudden leaps in motivation and basic logic, that leave Once Again more curio than firm success.