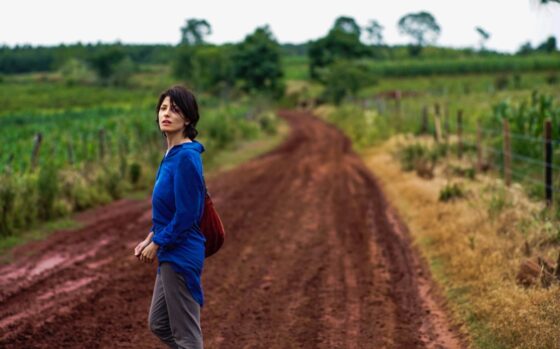 After 2002’s Suddenly, that magnificent cornerstone of the New Argentine Cinema, Diego Lerman has specialized in powerful but still delicate stories dealing with complex, urgent subject matter. Where his previous film Refugiado dealt with the issue of a family on the verge of disintegration after domestic violence forces the protagonist to run away with her little son, in his fifth feature, A Sort of Family, the narrative is propelled by quite the opposite situation: here, Malena (Spanish actress Bárbara Lennie, of Magical Girl fame) travels from Buenos Aires to a town in the province of Misiones—way up in the north of Argentina—to meet her future son…who is still inside another woman’s body. (Nonprofessional debutante Yanina Ávila does a magnificent job as Marcela, the “other” woman who has agreed to relinquish her own flesh and blood.)

Lerman investigated illegal adoption for more than a year before writing a line of the script, interviewing doctors, nurses, police officers, and women who had sold their sons and daughters, but A Sort of Family is not the kind of film that simply exposes an issue for public discussion. Working again with Polish cinematographer Wojciech Staron, Lerman tries, and usually succeeds, in combining a very realistic approach (including a predilection for subtly choreographed long takes) with Malena’s very subjective point of view. There’s even some flirtation with suspense during the third act—the film’s trailer tries really hard to sell it as some sort of thriller—but Lerman seems to be much more interested in the moral crossroads that Malena ultimately arrives at.