Exploded View: Bill Viola’s I Do Not Know What It Is I Am Like 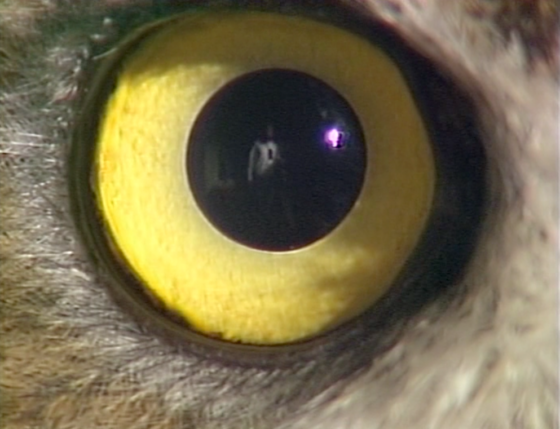 “Once I spent a dark afternoon in a sleazy Manhattan cafeteria, drowning (or amplifying) my sorrows in black coffees. After this grim affair, I trudged out onto the street only to be met by a wild-eyed disheveled character yelling at everyone who was crossing the street towards him. As I got close enough, I could hear what he was saying. He would point at passers-by, staring them in the eye, and yell, ‘Yes, but do you know what you really look like?’”—Bill Viola, Sight Unseen: Enlightened Squirrels and Fatal Experiments, 1982, revised 1998

Has onetime trailblazing “video artist” of the ’70/’80s and now Major International Museum-Ready Installation Master Bill Viola lapsed permanently from the former into the latter in the cultural memories and current reckonings of cinephiles presently at play? It’s a question well worth asking: just how is Viola’s foundational motion-media-making legacy—and in particular, his feature-length 1986 masterpiece I Do Not Know What It Is I Am Like—seen today, if at all? Is it ever even shown? Has it ever been shown as, like, you know, a film? How many of us even own a copy of the DVD? Exactly. And even if you do (and one might: it’s available online for around $30 US), do you consider playing it as often as you might Cronenberg’s The Fly or Lynch’s Blue Velvet or Mann’s Manhunter, to mention just three commercial moviehouse contemporaries of Viola’s rather more rarified but no less dazzling, no less surrealist-attuned, no less thrill-filled tour de force? Has anyone ever considered Viola’s self-described “personal investigation of the inner states and connections to animal consciousness we all carry within” in terms of 1986-85 cinema from anywhere? Alongside Oshima’s Max, Mon Amour, perhaps, or Greenaway’s A Zed and Two Noughts or Rohmer’s Le rayon vert? The sound of crickets that we’re hearing can be found here and there throughout the zoological-epistemological crevices and fly-covered corpse-canvasses of IDNKWIIIAL as well.

A constantly self-disrupting road movie over purposefully glitch-scarred surfaces of mind and soul, IDNKWIIIAL concerns the ways we go looking for ourselves no matter where we travel, and the smell of rotting flesh that often seems to haunt wherever we roam. Think of it as Oliver Stone’s Salvador (1986) told another way. The invaluable Manhattan distributor Electronic Arts Intermix describes IDNKWIIIAL as “an epic quest for transcendence and self-knowledge… through an awareness of the Other, embodied…by a shamanistic vision of animal consciousness.” Indeed, much of the video involves incantation and interspecies staring, if never exactly sharing: Viola focuses his then-state-of-the-art video gear on the eyes of myriad birds, beasts, and fish, only to find himself blankly, if often brilliantly, mirrored back. The dazzling confluences that IDNKWIIIAL develops between everything from the aquarium in Orson Welles’ The Lady from Shanghai (1947) to the mirror in Jan van Eyck’s portrait of the Arnofini wedding are culture-cosmic, even as my favourite episode remains more materially bound. It involves a bison with which Viola spends some time on a sun-curved plain: Viola’s camera patiently stares at the bison, the bison gazes dully back…then impassively vents an enormous draught of piss into the grass.

Staring and staring back: there are synonymies with Chris Marker’s work everywhere in Viola’s film. Sympathies with David Lynch as well, were one to look. (Forget foraging once again through Part Eight; apply Dr. Amp’s shovel here.) Birds are central to this equation, owls especially. Viola’s attention to the most extreme of aviary countenances (the variously sublime and scrotal faces of emus, hornbills, condors) often begs the careful commentary of an ornithologist, but his signatory focus remains on that fabled bird of knowledge in whose (hoo’s, get it?) eye the artist once again hopes to recognize himself.

“Yes, but do you know what you really look like?” the owl instead inquires of Viola, for the owl is not what it sees.

Posted in CS72, Exploded View, From The Magazine