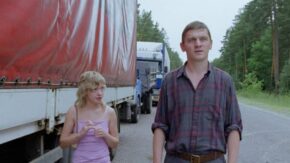 Best of the Decade: Sergei Loznitsa

I first encountered Sergei Loznitsa’s work at the Cannes Film Festival in 2010. Though I was busy watching student films and shorts as president of the Cinefondation jury, I found some time to steal away and watch some other work in the Official Selection. Loznitsa’s feature My Joy was in Competition.