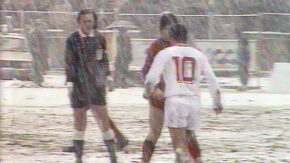 Best of the Decade: Corneliu Porumboiu

In Porumboiu’s films, I see a connection to the use of “factual” elements in my own work. I often work with non-actors and have used re-enactments of what may seem like insignificant administrative protocols in a few of my films. In one particular instance, while interviewing a caseworker for a film project in Toronto, I came upon a type of document I had not seen before: a court referral for a man who was charged for refusing to appear in court after being caught stealing.