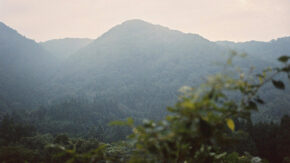 The Land Demands Your Effort: C.W Winter (and Anders Edström) on The Works and Days (of Tayoko Shiojiri in the Shiotani Basin)

Though the process of watching the onset of life’s end yields gut-wrenching moments, some recorded, some reconstructed, it makes little sense to extract one scene from the whole picture, as the film’s ultimate strength lies in its refusal to privilege, well, anything: an image of a tree means as much as a visit to an onsen, three people walking in the dark, a farmer hoeing her land, or a black screen with no image at all, only an intricately composed soundscape (as the quote introducing the film reads, “Until the moment you are dead you can still hear”). Make no mistake: though mortality is front and centre, this is a salute to the possibilities provided by cinema, a celebration of life.

The Decade in Review | C.W. Winter

It’s not often that one would write about a film while it’s still in the middle of its first screening. But as it turns out, one of my favourite movies of this decade—a movie that’s also one of my favourites of the ‘90s, ‘80s, and ‘70s—offers no other choice. I’m speaking of Tony Conrad’s Yellow…