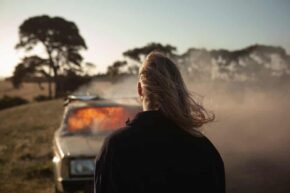 Shortly before the close of the 2021 Cannes Film Festival, word began to circulate that a very successful, cash-flush US distributor had snagged the rights to Nitram, the fifth feature film by Australia’s Justin Kurzel. Although the film didn’t seem to make much of an impression upon its Croisette premiere, the Spike Lee-led jury took notice of Nitram’s star, Caleb Landry Jones, giving him a somewhat unexpected Best Actor prize.