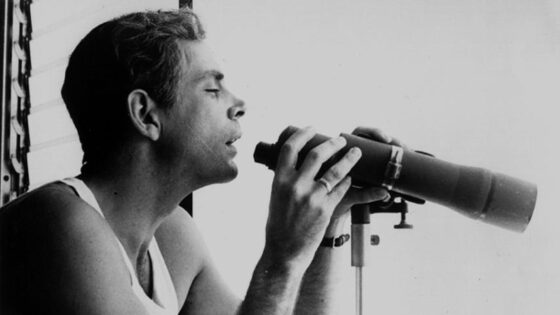 “Whereas the dream is thus the individual human’s play with what is actual, the art of the image-maker (in the broader sense) is play with the dream.”—Friedrich Nietzsche, The Dionysian Vision of the World

Now in its 30th edition, the second after the physical and artistic departure of the late Peter Von Bagh, Bologna’s Cinema Ritrovato remains a unique festival in many respects. Emancipated from the tyranny of the new, Cinema Ritrovato looks at the present of cinema by reconsidering its past, by questioning the categories into which cinema is academically pigeonholed. The more it digs into the least explored corners of film history, the more topical it feels. That is because film history for this festival is not a monolithic event to be engraved in stone, but a Dionysian continent to explore in search of hidden gems able to question our (un)critical consensus. What from the outside might appear as an almost autistic endeavour, the geeky domain of a bunch of ultra-nerd cinephiles, can also be read as an act of cultural opposition against the pervading forces of historical amnesia. At a time when all cultural production has come to rely on instant visibility and likeability, an event like this assumes a significance that goes beyond the frame of cinema. For if the digital revolution has given us the illusion of universal accessibility, what one realizes when attending the festival is that only the tip of the iceberg of cinema is visible and known. Archival research coupled with the libidinal preservation of cinema’s milestones is what drives Cinema Ritrovato and makes its catalogue such a treasure trove for anyone determined to discover and defend the history of film in its totality, regardless of hierarchies. Rather than weeping over cinema’s supposed cyclical death, the festival celebrates the many lives of film and its irrepressible vitality (to see young punters gate-crashing a Buster Keaton screening the same way they would their favourite band’s concert is a reassuring sight for the future of moving images).

To mark the restoration and reissue of Niko Papatakis’ entire ouevre, courtesy of Gaumont, the festival screened his first feature film from 1963, Les Abysses. “A magnificent and strange film in which reason descends into madness, paradise into the depths of hell, and where love is painted with the colours of hate. […] Only the violence of the crime committed by the two heroines allows us to measure the atrocity of the invisible crime of which they themselves were victims.” That is how Simone de Beauvoir lauded Papatakis’ opera prima, which was rejected by Cannes’ selection committee but embraced by the then Minister of Culture André Malraux only to cause a big controversy at the time of its release. Les Abysses is based (though it also significantly differs from) the Pupin sisters case, where two young sisters slaughtered their mistress and her daughter in Mans in 1933. The film possesses, or rather it is possessed by, the adversarial radiance of class warfare coupled with an almost Jerry Lewis-esque sense of corporeal comedy. The characters oscillate between a state of euphoric hysteria and one of vengeful class consciousness, all shot through the lenses of an absurd play of cruelty. Papatakis fired through the nouvelle vague a stray bullet that remains as unclassifiable as his life. Born in Ethiopia but of Greek origins, he had taken part in the resistance against the Italian invasion of the East African country, then fought with the Algerians against the French and eventually landed in Paris, where he managed a nightclub and befriended the city’s intellectual underworld. Papatakis also produced his friend Jean Genet’s only film, Un chant d’amour, helped Cassavetes finance his debut, and apparently gave Nico of the Velvet Underground her stage name as well as directing another four features, the last of which, Les équilibristes, was made in 1992.

Shot in 1960 against the lunar backdrop of the Borinage (then an industrial area of the Walloon province of Hainaut in Belgium, where Italy sent miners from southern Italy in return for Belgium’s coal), Déjà s’envole la fleur maigre is Paul Meyer’s first feature-length film (which the Cinémathèque Royale de Belgique has now restored from the original camera negative). Allegedly due to the unforgiving radicalism of his debut, Meyer would have a hard time pursuing his career in filmmaking and would only realize another two films, as per IMDb at least (which omits his early short Klinkaart, about a female worker forced to sleep with her boss). Déjà s’envole la fleur maigre is an oblique piece of magic social realism where the anthropological trauma of migrant labourers is seen and told through the eyes of their children. Unlike the emotional manipulation of neorealist revisionism, Meyer’s film utilizes non-professional actors with a respectful grace that is both moving and solemn. In the opening credits the director thanks his actors and excuses himself for having distorted parts of their lives in the attempt to capture some deeper truths about their reality. In effect the film strikes for its ability to unveil the injustices inflicted on migrant workers without dwelling on the most obvious aspects. The opening sequence, for instance, condenses in a few powerful shots the painful bewilderment that a foreign land reserves for its newcomers, who find themselves cornered into an existential solitude that not even their native language can articulate. The way Meyer combines the lexicon of poetry with the syntax of exploitation without ever taking advantage of the spectators’ vulnerability makes for a rare cinematic experience whose relevance to the present day goes without saying.

A pivotal figure of Iranian culture, “without whom the notion of an Iranian art cinema would have been an unlikely prospect,” Ebrahim Golestan and the eponymous studio he founded in 1958 were the subject of a retrospective curated by Ehsan Khoshbakht. Former member of the Iranian Communist Party, journalist and translator, Golestan produced and directed a bunch of documentaries and feature films, including Chris Marker’s favourite The House is Black by Forough Farrokhzad. But it’s with his 1964 feature that the director wrote an important chapter in the history of Iranian cinema by authoring its first modern masterpiece, Khesht o Ayeneh (Brick and Mirror). Golestan’s first fiction film is a protean creature in whose meanders unscripted reality mixes with a metaphysical narrative and the lights of modernity are eclipsed by the shadows of ethical quandaries. A woman abandons or possibly forgets a baby in the back of a taxi whose driver suddenly finds himself tailed by an unwanted step-paternity. His quest for a practical solution to a problem that becomes increasingly emotional will take him and the audience on an expressionist journey through the streets of the Iranian capital, its dark alleys, apartments and orphanages. A chance meeting with a woman allows the film to dive into the ambiguity of gender relations which are never confined to their stereotypical roles. What emerges is a film that defies its own expectations, an urban tale with neither villains nor heroes, but plenty of very humane inconsistencies.

Inconsistencies are also what the protagonist of Memories of Underdevelopment struggles with, in what the artistic director of the Cinemateca de Cuba called, in a curious choice of words, “the cathedral of Cuban cinema.” Tomàs Gutièrrez Alea’s film is unlike anything one would expect coming from the maligned Marxist “dictatorship” of Cuba. The film in fact is immune to any form of dogmatism, be it aesthetic or political, and stages instead the privileged dilemmas of a member of the Cuban bourgeoisie who decides not to follow his family members and friends fleeing the island in the wake of the 1959 revolution. But his is not the usual tale of communist redemption like the one narrated in Sedmoy Sputnik, Aleksei German’s (partially disowned) debut feature. The protagonist of Alea’s film, which any self-respecting Communist Party wouldn’t hesitate to designate as an “enemy of the people,” is on the contrary a full-bodied character whose skeptical views on the incipient socialist society are not dismissed but fleshed out in all their reasonable complexity. Far from presenting the Cuban Revolution as the ultimate act of emancipatory perfection, the film dissects it in all its contradictions and looks at it through the eyes of a man who seems to be benefiting the least from it, and yet remains open to the uncertainty of utopia rather than fleeing to the reactionary safety of Miami, doubtfully observing from the sidelines the painful evolution of a newly born reality. The original film was saved from deterioration and eventual loss thanks to Martin Scorsese’s Film Foundation as well as the George Lucas Foundation and family, which undertook the restoration of this precious historical document and work of dissenting art.